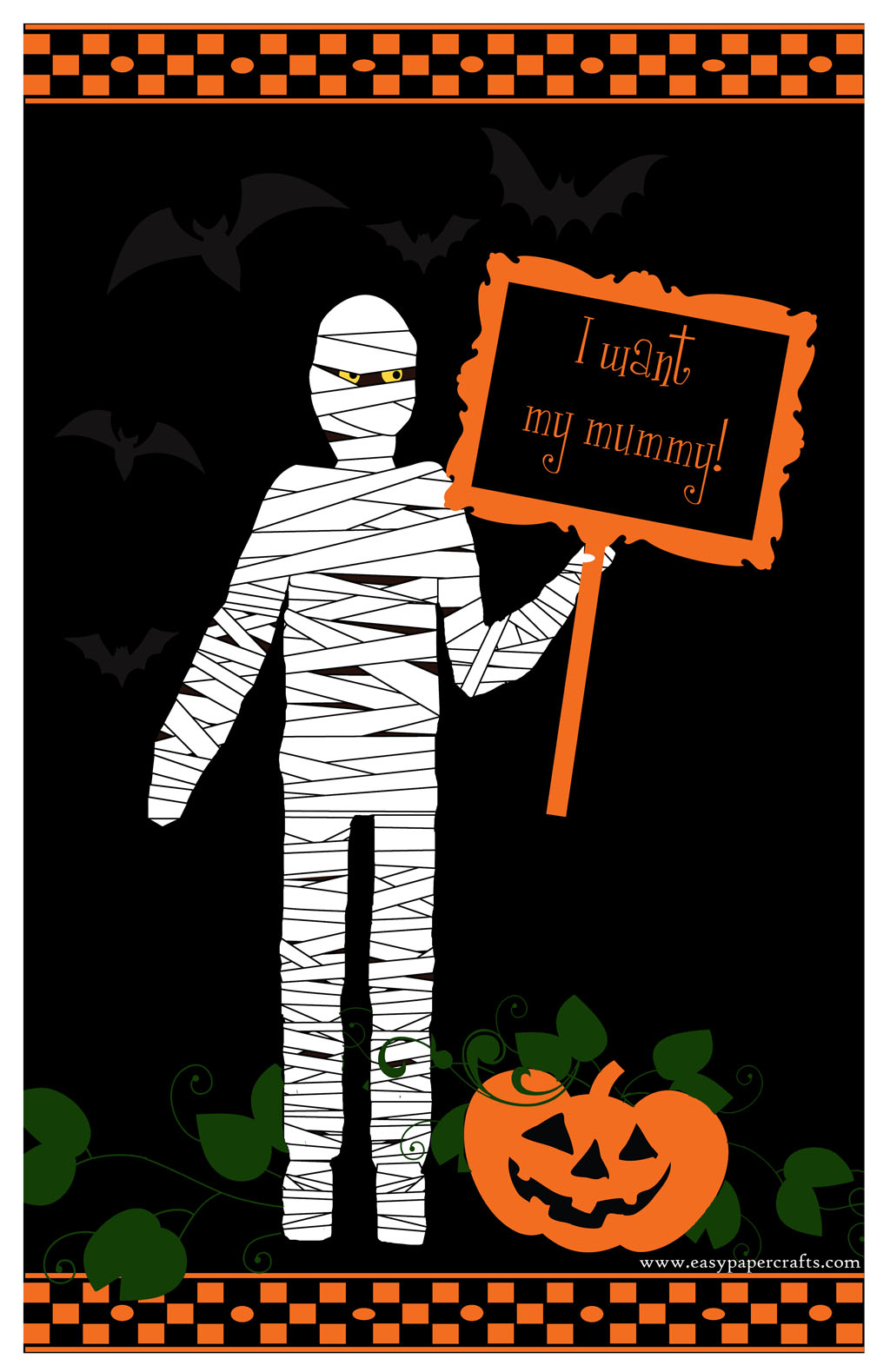 It’s that spooky time of year again and we are offering a free Halloween printable.

Halloween is often associated with mummies, but mummies actually have roots in ancient Egypt. The Egyptians believed that the soul was connected to the body. Preserving the body after death ensured an afterlife. The ancient Egyptians wrapped cloth soaked in resin around the corpse to help safeguard it. Many mummies are still intact today. Some museums have an Egyptian section and you can view whole mummies in the display.

Hollywood movies are said to be the source of fear people have of mummies. The movie makers portrayed mummies as very scary in films. Mummies would rise from the dead and  bring harm to humans. Because of that,eventually the scrary portrayal of the walking dead became associated with the Halloween celebration.

Celebrate the season of Halloween with a free Mummy poster printable download. We all love free! This poster can be downloaded and printed at home.  If your printer is not able to take 11 x17 paper, you can get it processed at a quick print store such as Office Depot or Staples for less than two dollars. It looks great in a frame and will add to your Halloween decor.

The poster features a scary mummy that is actually scared himself, not exactly what Hollywood originally had in mind. Very cute!