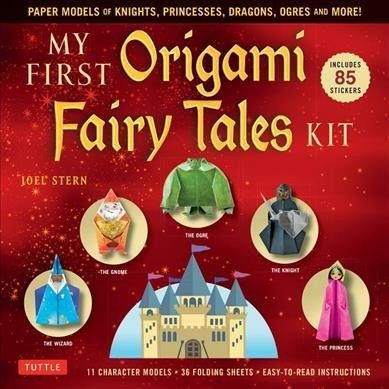 The good people at Tuttle Publishing sent me an Origami kit for review specifically designed for children. The origami kit is based on a fairy tale world of “daring knights, brave princesses, and fire breathing dragons.”Printed backgrounds for the origami figures are also included. The goal of the kit is to stimulate a child’s imagination and provide hours of fun. The kit includes 11 character models, 36 folding sheets, 85 stickers, 6 story backdrops, and an instruction booklet.

I invited an adult friend to try making the folded paper figures with me since she stated that she likes origami. My friend has made many origami projects in the past. We were excited to try making the characters and came to the following conclusions.

Pros: The kit has an interesting concept that would appeal to many children. The characters are fun, the stickers provide a nice touch, and the backdrops are a lovely addition to the kit.

Cons: The instruction booklet is hard to follow. We concluded that if we as adults were having problems following the book, younger children would find it impossible. The only two projects, in my opinion, that younger kids would be able to follow are The Enchanted Frog and The Bag of Gold.

It would also be a big improvement if the kit contained a CD with videos. Step by step video tutorials demonstrating each project would be helpful to those of us that are visual learners.

Conclusion: Older children with origami experience or adults would enjoy the Fairy Tale kit. If you plan to buy this for your small children be prepared to make the origami characters yourself and just have your children add the stickers.

Here is a picture of our Fairy Tale origami attempts! 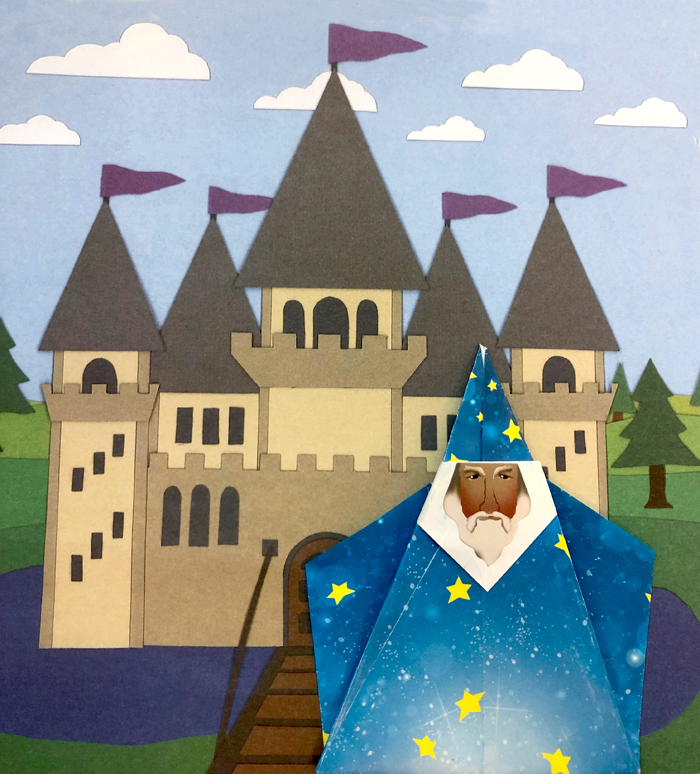 Read my other book reviews on EPC Crafts! You will love the other origami books that I have reviewed. 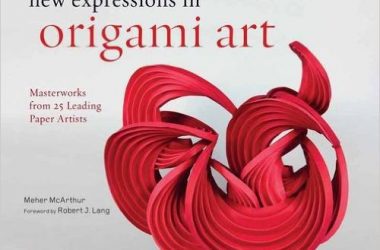 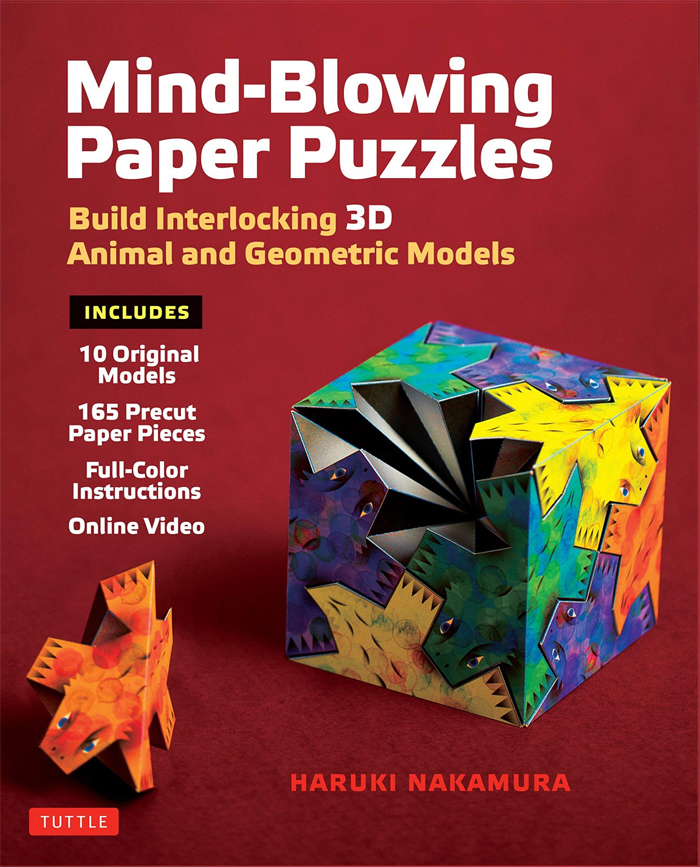 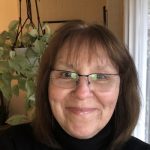 If you love crafts, be sure to visit The Spruce (formerly About.com) lifestyle website. Rita Shehan was a contributing writer for the site and presented many beautiful art and craft projects not available here.